CONFERENCE ON ETHICS IN DOCUMENTARY FILMMAKING

Conference on Ethics in Documentary Filmmaking 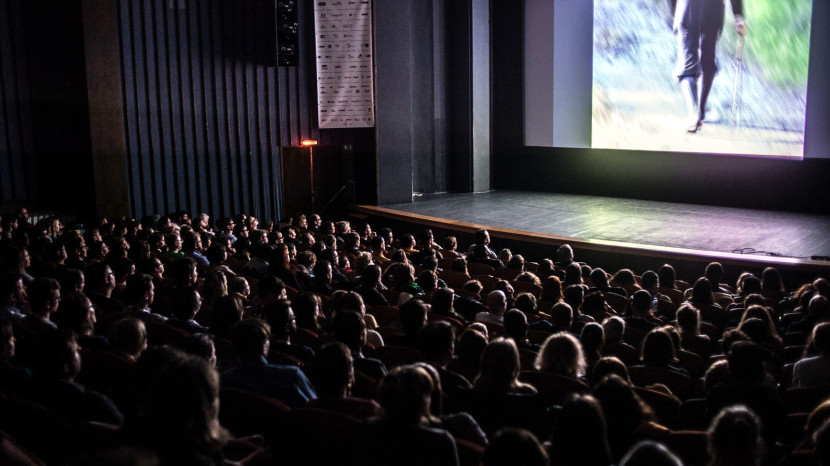 The conference provides a meeting platform on the topic of documentary film ethics for scholars, film professionals as well as the general public. Its purpose is to spark dialogue on important ethical issues in filmmaking and to stimulate research activities by opening a new space for discussion.

This year we addressed topics concerning power in its many forms: the limits of authorship and the responsibility to others, power relations between the different film industry professions, the influence of institutions on filmmaking, the responsibility of filmmakers to those they work with and whom they film, personal relationships in professional contexts, gender, stereotyping and the exploitation of social groups, etc.

The ethics of documentary filmmaking is in the hands of filmmakers, but we can all participate in its reflection. And the invitation to this conversation applies to everyone who cares about filmmaking.

The panel will include scholars focusing on topics related to documentary film ethics. As there is no independent research tradition in this field in the Czech Republic, this interdisciplinary meeting will collate documentary theory, media sociology, film and media studies. The speakers from FAMU, Charles University, Masaryk University and Palacký University in Olomouc will address the topics of gender activism in Czech audiovisual works, dehumanization of low-income groups in reality TV formats and the possibilities of teaching documentary ethics at art schools using the constellation method.

In his presentation, Jan Motal will outline the situation of documentary filmmaking in the context of Czech media ethics, its development and institutional, theoretical and research implications. He will review the possibilities of using the Anglo-Saxon tradition of applied ethics as it has established itself since the 1970s in relation to the Czech concept of ethics of media professionals, specifically in relation to the historically conditioned limits of the Czech environment in the post-transformation era.

While the #metoo movement resonated internationally, Czechia seems to have no issues related to feminist ideas and their implementation. Even the female creators who appear in the field of audiovisual media, have no need to use the term anymore. The presentation entitled Feminism, #metoo and women in the Czech audiovision focuses on the forms of gender activism in the space of Czech (documentary) audiovisual production, where pop and postfeminism merge and pretend that they are not needed anymore.

11.50–12.00 | “Docu-directing” and power: the constellation method as a means of acknowledging and reflecting on power strategies in filmmaking
MgA. Lucie Králová, Ph.D.a MgA. Tereza Reichová, FAMU

This presentation will introduce a new experimental method of teaching documentary filmmaking, which has been tested for 3 years at the KDT FAMU. Using the format of constellation games, this method simulates ethically controversial situations that may occur during filming. In a safe environment, students experience the specific dynamics between a film crew and the protagonists, and they learn to respond more consciously to the manifestations of power and manipulative strategies that emerge during these constellation games. Using examples, we will present the first outputs of a doctoral research based on two full-day workshops.

This position paper will present Reality TV as a specific type of moral culture, permeated with hierarchies which often produce judgments and condemnations. Social class will be highlighted among the various criteria by which judgments are made in reality TV culture. In a post-socialist society where the notion of class is taboo as one of the key concepts related to the undemocratic past, it is particularly important to legitimize this term in order to pinpoint the gradually crystallized social differences and the often dehumanizing narratives that society builds around them. Reality TV shows have made an important contribution to the recycling of this narrative. The moral culture of Reality TV is a space of semiotic mania focused on the presentation and awareness of the signs characteristic of low class status. Those who are shown and/or recognized as "the others," as different from the exemplary middle-class immaculateness and excellence, become stigmatized, dehumanized, and deprived of their human value. The failure to conform to petty-bourgeois aesthetics and canon is perceived, according to Imogen Tyler, as disgusting, repulsive, and disgusting, and it causes, as Samatha Lyle puts it, a fascination with poverty. The moral culture of reality TV not only deprives individuals of their humanity, but also distills the ideology of neoliberal capitalism, in which “losers” have a place only as a mocked socially specific backdrop to the orderly and successful.

The keynote address will be delivered by one of the most prominent figures in the field of documentary film ethics, Professor Patricia Aufderheide of the School of Communication, American University in Washington, D.C., the founder of the Center for Media and Social Impact. In her research, she explores the ethical issues that American documentary filmmakers identify in their work. She is also the author of the popular publication Documentary Film: A Very Short Introduction.

The discussion panel will bring together professionals from the field of documentary and television production to share their experiences and feelings, and to discuss ethical dilemmas related to power in various filmmaking professions such directing, dramaturgy and production, editing, cinematography and sound design. We will explore the specifics of each profession and issues related to film crew collaboration.

How to set the boundary or balance between the author's autonomy and ethical approach towards the protagonists? Ethical dilemmas and experiences from the making of the film Intensive Life Unit.

Filmmaker Frederic Wiseman said that documentary film is a fiction of reality. A friend of mine added a fitting hyperbole: Don’t spoil the story with the truth. This is what we should be talking about.

Sooner or later, everything that is filmed with a person "playing himself/herself" becomes subject to the story, which has a certain development. The question is what degree of "shaping" is still fair to the protagonist, given that the context of the material's creation is different from the social context at the time of editing, let alone at the time of screening.

Sound equipment as a weapon or means of self-defence.

What we see and capture through the camera says a lot about us. Sometimes we need to say no and turn the camera off.

"You're gonna make a fool of me anyway." Systems of production versus people's personal rights on camera. Why and how to humanize documentary filmmaking.

The conference will end with the closing discussion that will be open to both professional and general public. We will summarize and critically evaluate the topics previously addressed by scholars and film professionals as part of a wider debate on ethical dilemmas. The film Time is Inexorable (Věra Chytilová, 1978) screened at the opening of the conference will also provide a framework for the debate.

Organized by the Ji.hlava IDFF in conjunction with thes Center for Media Ethics and Dialogue (CEMETIK) at the Department of Media Studies and Journalism, Faculty of Social Studies of Masaryk University with the support of the Czech Film Fund.