The event is dedicated to the new generation of European producers, new formats, innovative trends, and visions for the future. The call is open to diverse audiovisual formats such as fiction with documentary aspects, hybrid, experimental, short films, docu and web series, cinema expanded projects, games with documentary aspects and VR / AR / Live documentaries. 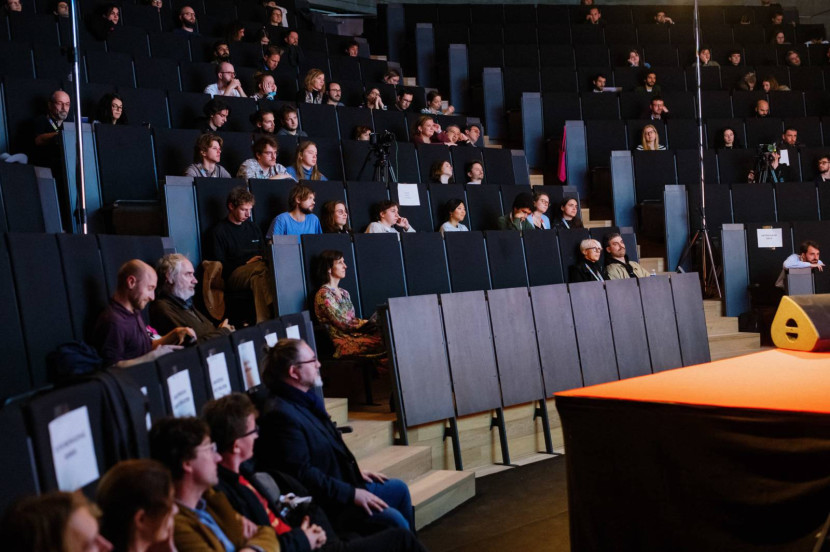 At the core of the Ji.hlava New Visions Forum 2021 was pitching of 21 European documentary projects – 11 in the development stage and 10 in production and post-production stages. The event took place on October 28–29, 2021 during the 25th Ji.hlava IDFF and was attended by film professionals and other stakeholders in the film industry accredited at the festival. The presentation was available both in person and online.

In our selection process, we focus on the artistic vision of the project, its originality and author-driven character, visual style and fresh spirit, international potential in terms of financing and development of collaboration, openness for sharing the project with other partners, as well as diverse modes of distribution.

The call for submissions to the Ji.hlava New Visions Forum 2022 will be opened on June 1, with a deadline on August 22.

Selected projects will be presented by the director-producer pair along with a preview of the upcoming film. Each day the pitchings will be followed a feedback talk.

The Ji.hlava New Visions Forum 2022 will be accompanied with the Ji.hlava New Visions Market (October 26–29, 2022). The projects for the Market will have an opportunity to take part in the Ji.hlava Matchmaking Accelerator, which features several hundred accredited film professionals – festival representatives, curators, distributors, sales agents, commissioning editors and journalists from across the world.

Ji.hlava New Visions is held with the support of
Creative Europe –⁠ MEDIA Programme of the European Union.

Ji.hlava New Visions Forum and Market
is held as part of the Visegrad Accelerator.