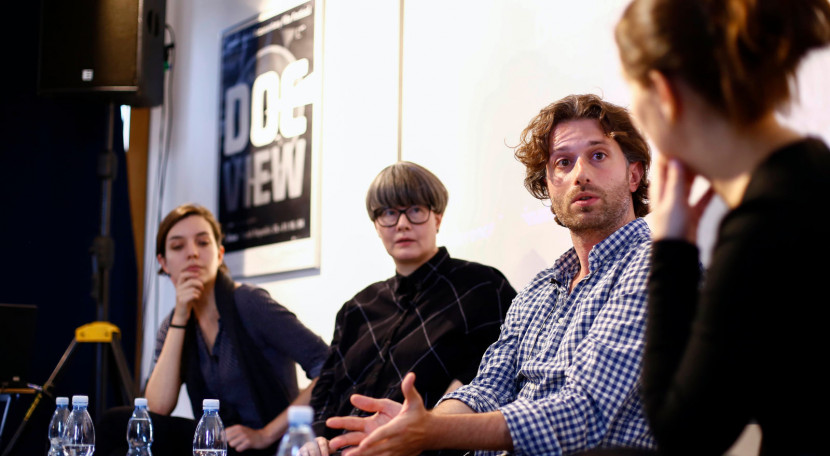 Following up on Conference Fascinations 2015 that brought together and introduced representatives of major experimental film distribution companies from all over the world, and Conference Fascinations 2016 focusing on the curatorship aspect in relation to specialised festivals and the presentation and ways of providing, evaluating and presenting works in gallery spaces and discussing the institutional-commercial aspect of presentation and dissemination of this type of works, this year’s discussion will revolve especially around seeking and promoting new talents.

Experimental films and videos dispose of their own presentation channels and are also included in programmes of more broadly focused festivals and exhibitions. However, “big names” offer certain preferred styles, sought-after forms of work with moving images. New authors who have not yet established themselves on the festival or gallery scene find it difficult to make their mark on the experimental scene. How do galleries, festivals and film distributors scout for “their” new talents? Do they have an ambition to set new trends, and search for new styles and forms of moving images? What possibilities can up-and-coming authors use to reach their audiences, to introduce their work?

In 2015, notable international distributors became acquainted with the Czech experimental scene, and in 2016 an introduction was made about the historical era of totalitarian communist regime and the underground and experimental cinema in Eastern Europe. This year, gallerists, distributors and festival programmers will get to know experimental production of the Balkans from the same period.

The workshop will be held as part of the 21st edition of the Ji.hlava IDFF (October 24 to 29, 2017) with its main topics including: experimental film distribution, presentation and conservation possibilities and various channels of making them available to curators and audiences.

Representatives of distribution companies, festivals and galleries will also be presented Czech experimental documentaries (Exprmntl.cz competition section) as well as a special programme of experimental films from former Yugoslavia in the communist era. The Ji.hlava IDFF has become the first platform enabling a systematic presentation of Czech experimental films (notably works referring to reality and including documentary features), at the same time continuously focusing on Eastern European cinema; the festival’s ambition is to promote Czech and European films internationally and to facilitate collaboration between Czech filmmakers and distributors, galleries and festivals and with those active abroad.

9.00 – 10.00 am | Registration of participants and technical check of presentations

Curatorship aspect: How do galleries, festivals and film distributors scout for “their” new talents, new authors, and is it a part of their perception of their message? How do these theories and processes relate to how the curators build their collections and preparing their programmes. How does the process of registering and evaluating new works and authors work and what is it that festivals, as opposed to galleries, are looking for, and vice versa?

Organisational aspect: What would be the best way for unknown authors to offer their work to festivals, distributors and galleries, in what form do curators need to reach them, how should authors ideally work if they are unknown; sharing of experience and examples of good practice

Discourse aspect: Do galleries, festivals and distributors have the ambition to set new trends, to discover new styles? What are their information channels? Do “big names” and established authors control the preferred and sought-after styles of what is presented in galleries and by festivals? How do expert journals in the field of cinema and visual arts and experimental film approach talent -scouting strategies of festivals and galleries (or distributors)?

Visegrad Accelerator: 360° documentary films and interactive applications that work with reality and within virtual-reality environments are a rapidly expanding area of audiovisual production. This field has also witnessed the development of educational applications and works of fine art. How do they reach audiences and what kind of viewer do they speak to? What distribution channels do they use? Do they interest traditional distributors and gallerists? What are the specific characteristics and forms of experimentation with audiovisual forms for VR in Central Europe? The discussion will be joined by artists and representatives from companies involved in producing VR content in the Visegrad countries.

The project is implemented with the support of the International Visegrad Fund.

Presentation of experimental works of authors from Eastern Europe to individual distributors, festivals and gallerists directly at one-to-one meetings