PARTICIPATION FEE
free for all participants 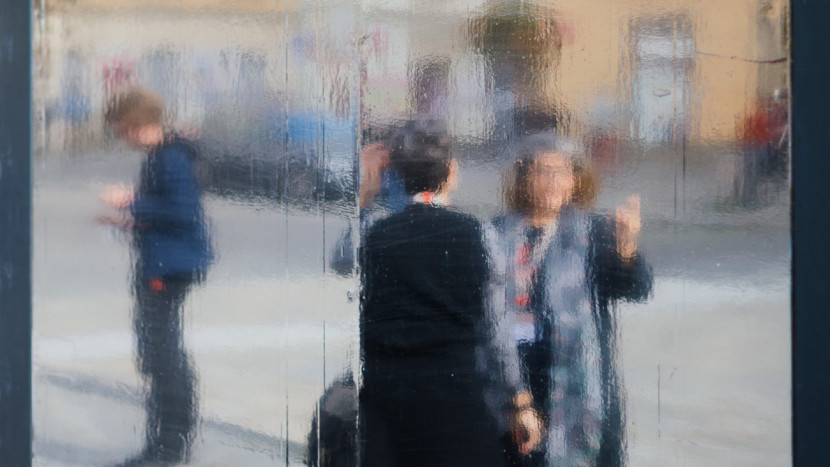 Conference Fascinations 2019 follows up on four previous editions – Conference Fascinations 2015 that brought together and introduced representatives of major experimental film distribution companies from all over the world, the Conference’s 2016 edition focusing on the curatorship aspect in relation to specialised festivals and the presentation and ways of providing, evaluating and presenting works in gallery spaces, and last year’s programme (Conference Fascinations 2017) where film industry and gallery representatives discussed the institutional-commercial aspect of presentation and dissemination of this type of works in relation to seeking and promoting new talents (with one of the debates dedicated to art in VR environment), and the last edition of the conference (2018) that explored the ways artworks are presented using various technologies and media types – from the film reel to interactive films and VR artworks.

The fifth edition of the conference will focus on the creation, presentation and subsequent distribution of audiovisual works commissioned by galleries, festivals and other institution working within the field of audiovisual production. The topic is approached from a curator’s technological-production and educational perspective.

In 2015, notable international distributors became acquainted with the Czech experimental scene, whereas 2016 provided a lead-in into the historical era of totalitarian communist regime as well as the underground and experimental cinema in Eastern Europe. In 2017, gallerists, distributors and festival programmers got to know experimental production of the Balkans from the same period and the 2018 edition showcased experimental works produced in the Baltic region under totalitarianism. This year’s screenings will be dedicated to the works of Ukrainian underground and experimental cinema that originated during the communist regime.

Representatives of distribution companies, festivals and galleries will also be presented with Czech experimental documentaries (Exprmntl.cz competition section) and with a special programme of experimental films from a selected territory. The Ji.hlava IDFF has become the first platform enabling a systematic presentation of Czech experimental films (notably works referring to reality and including documentary features), at the same time continuously focusing on Eastern European cinema; the festival’s ambition is to promote Czech and European films internationally and to facilitate collaboration between Czech filmmakers and distributors, galleries and festivals and those active abroad.

Production and technological-organisational aspect: What is the typical process of commissioning and production of commissioned artworks? Examples illustrating various types of processes. What time-frame is usually required – how long in advance do the artists need to be contacted and what time should be sufficient for the creation of the artwork? To what extent does the commissioning institution participate in the production of the artwork? Examples of various ways of distributing responsibilities and competences and organisational implications.

Legal and economic aspect: Pricing policies related to commissioned artworks. Who is the owner of the artwork (copyright issues – various examples)? What is the typical economic model of presenting this type of works (is it different for galleries and site-specific presentations as opposed to film festivals)? Best practice examples of how to further distribute various works of art and present them to prospective distributors and exhibitors.

4.20 | Invitation to film screenings and a toast

» Presentation of experimental works of authors from Eastern Europe to individual distributors, festivals and gallerists directly at one-to-one meetings.
» Each of the 10 tutors provide 3 x 15-minute consultations to authors of experimental films, video-art works and installations.
» This year, they will have the opportunity to meet with representatives of film labs and VR experts (in relation to film and gallery presentation).