This year’s Ji.hlava IDFF visual concept has been revealed! In line with tradition, the visuals have been designed by skilled visual artist and award-winning book designer Juraj Horváth, Ji.hlava IDFF’s long-term collaborator. “The visual design for the twenty-fourth festival edition was a challenge. We don’t want to pretend that this year’s edition will be the same as the previous ones. But how to create visuals to reflect on the current situation that we all are a part of and that still lasts?“ asked festival director Marek Hovorka when introducing the festival poster in the Dukla Cinema in Jihlava. 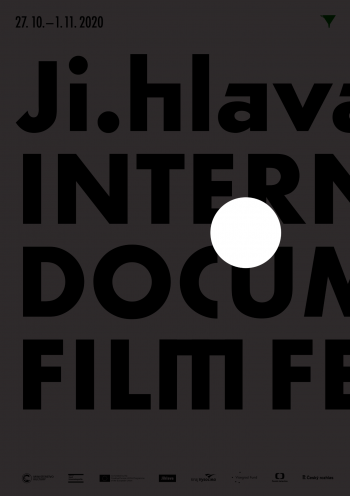 The twenty-fourth edition of the international documentary film festival that will take place on October 27 to November 1 will be unique and different from the previous ones, as also reflected by the festival poster. The contrast of black and white, the concept of black and deeper black creates ambiguous metaphoric environment. “You can easily imagine: / Full moon, / Vinyl record hole, / Light at the end of the tunnel,“ says Juraj Horváth in his poem that forms a traditional addition to the festival visual design.

In his interpretation of the festival visuals, festival director Marek Hovorka infers: “White is in sharp contrast with black to symbolise both the light of the projector illuminating the screen, and a window to the space ‘beyond’ that usually remains hidden. The circle itself may represent our planet thus referring to the environmental mission of the festival.” 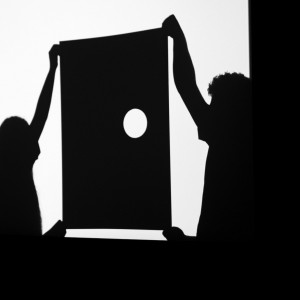 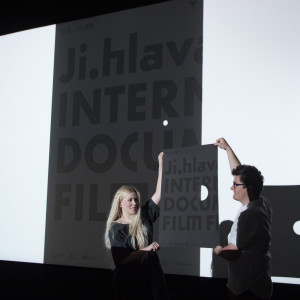 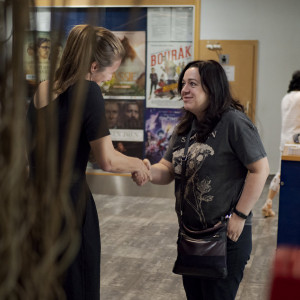 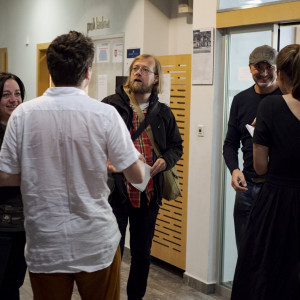 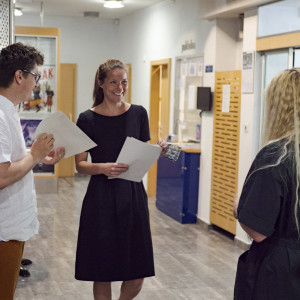 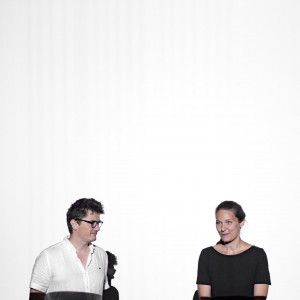 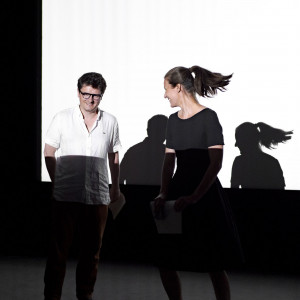 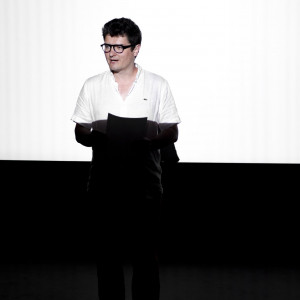 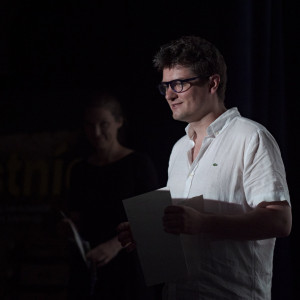 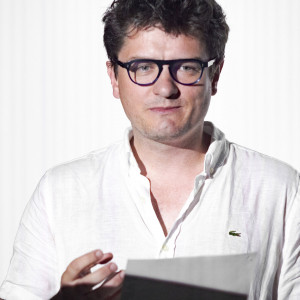 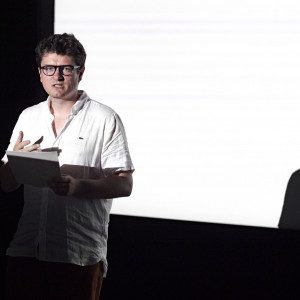 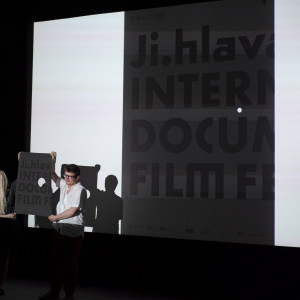 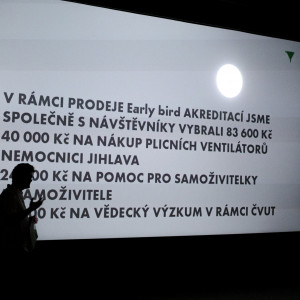 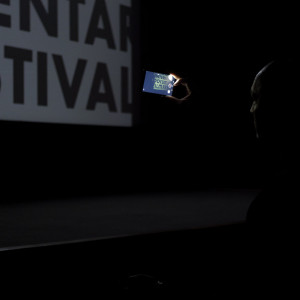 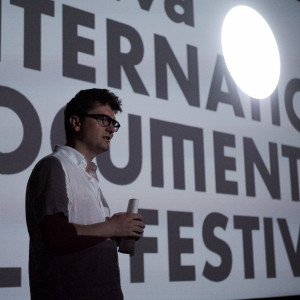 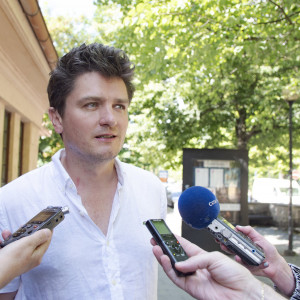 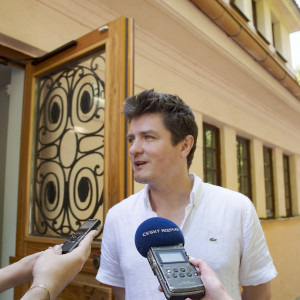 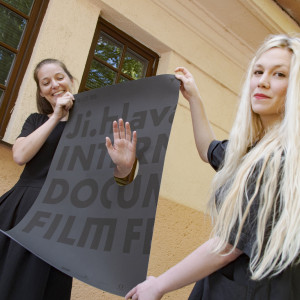 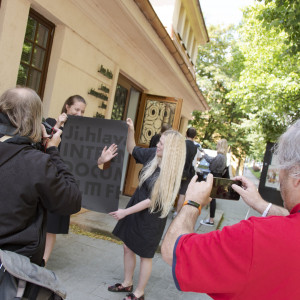 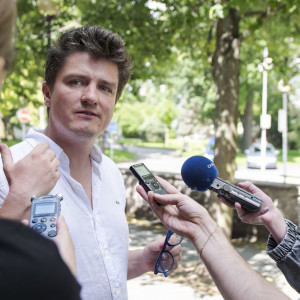 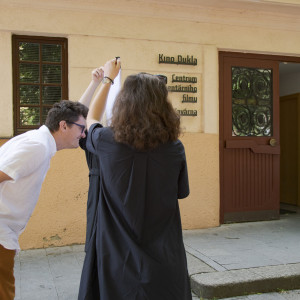 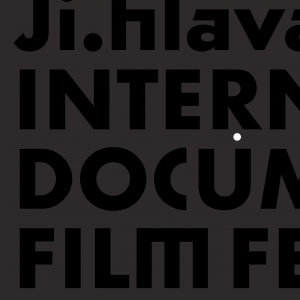 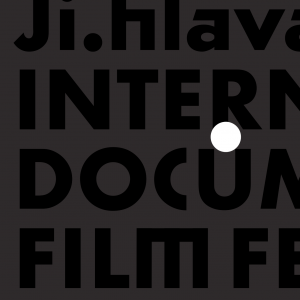 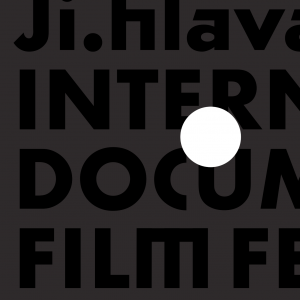 There is more than one possible reading, as the art work also applies that we are all a part of the process. This has also been confirmed by the presale of this year’s Early Bird festival passes through which visitors could contribute to the following projects: 40,000 CZK were donated to the Jihlava Hospital for the purchase of ventilators, 24,000 CZK went to support incomplete families that lost their income due to lockdown and found themselves in financial difficulties. Scientific research conducted by the Czech Technical University was supported by 19,600 CZK. “By this time last year, we only had eight hundred passes sold, as compared with almost 1200 passes for this year’s edition sold to this day. Ji.hlava IDFF remains a solid fixture both in quiet and in more turbulent times. We are looking forward to meeting you!” says Marek Hovorka.

Juraj Horváth on his poster design for this year’s Ji.hlava IDFF

Not black in fact.
Just stop to see.
A slight difference.
An unexpected moment of self-reflection.
A white dot in the distance.
Coming close.
You can see through the page.
Through screen.
Through body
.
Flags flying, with a hole inside.
Small things falling out of bags.
The world projected upside down
.
You can easily imagine:
Full moon,
Vinyl record hole,
Light at the end of the tunnel.
.