“Come dream with us!” invites the jubilee 25th Ji.hlava IDFF 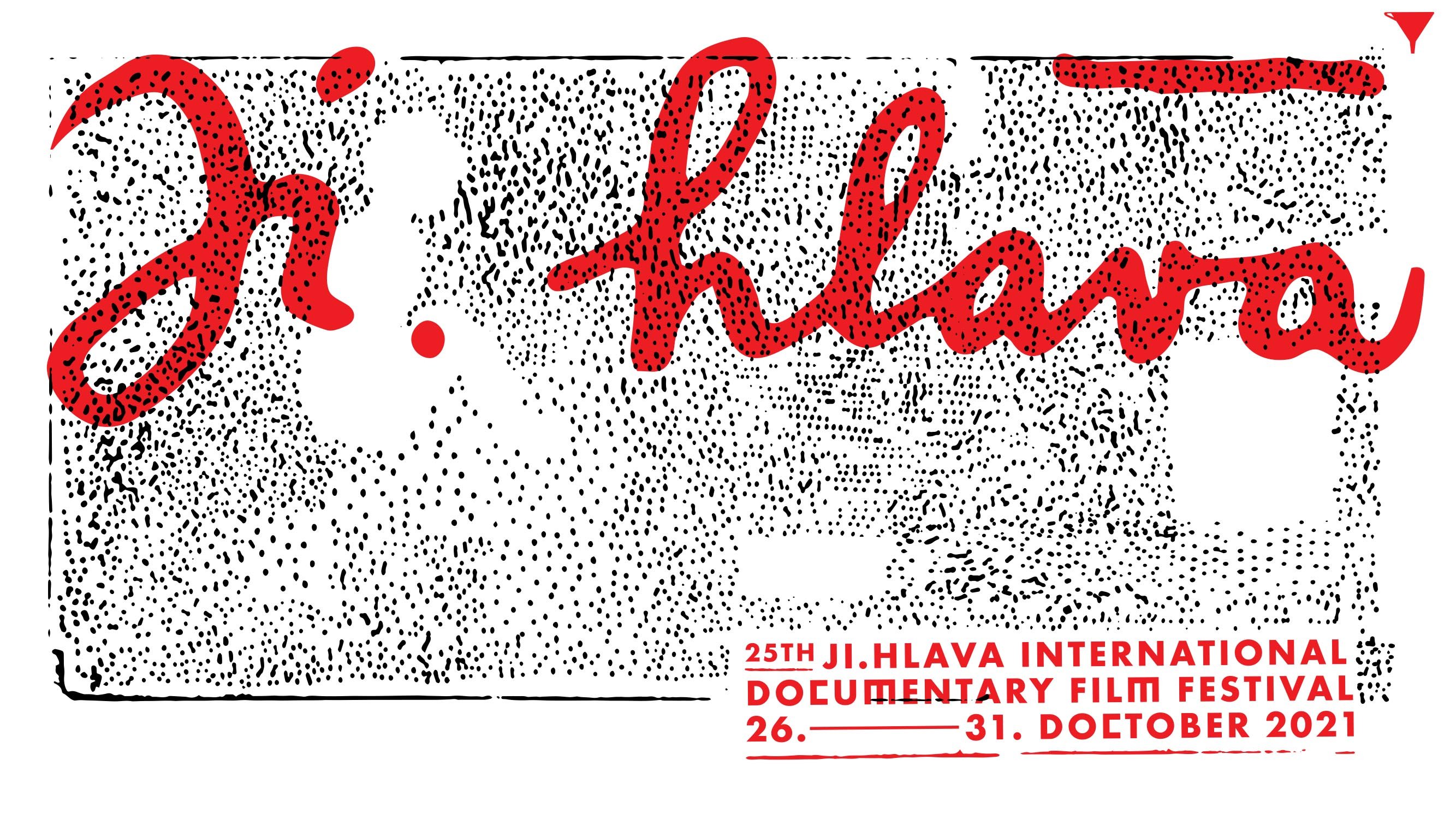 The 25th edition of the Ji.hlava IDFF has unveiled its 2021 visual! It was created by the award-winning book graphic designer and artist, Juraj Horváth, who has been the author of the festival’s graphic style for the whole twenty years. “This year's festival poster is dreamy. The film is an opportunity for discovery and finding new answers or asking new questions. And so is the entire documentary Ji.hlava,” says Festival Director, Marek Hovorka. The poster was unveiled yesterday in an orchard planted by the festival organizers two years ago in Jihlava.

The twenty-fifth anniversary edition of the Ji.hlava International Documentary Film Festival, which will take place from 26 to 31 October 2021, is coming back to Jihlava’s cinemas after the unparalleled pandemic year. “To me, Ji.hlava represents the annual fulfilment of a dream, the transformation of utopia into reality, and this year's visual is an invitation to dream – because if we don’t, things would be rigid and mechanical. Courage and joy only grow out of dreams,” says Marek Hovorka explaining the message of this year’s poster. “It was beautiful outside, / I was meeting my old friends, / Who were staggering around / Sitting down / And falling asleep / Facing the screen / After midnight / At the DKO / In your head,” says a poem written by Juraj Horváth that traditionally accompanies the festival poster. 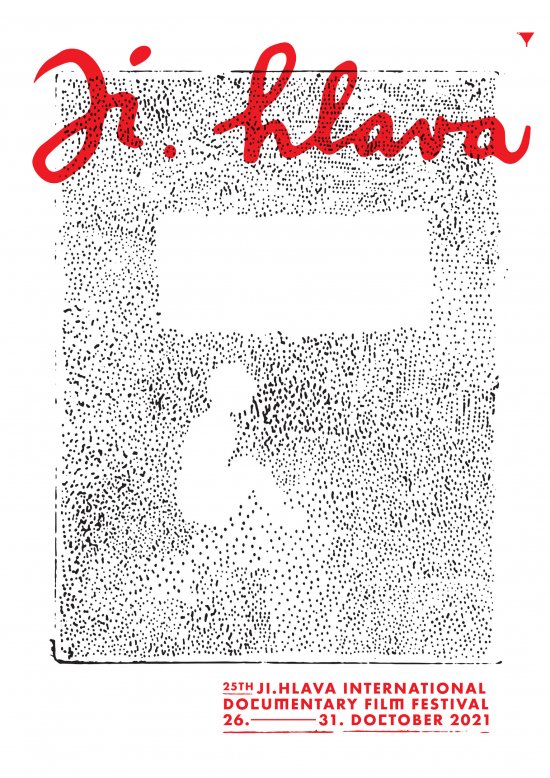 I had insects do the job:
Japanese Fly
Typographic Bark Beetle,
And Irregular Raster.
I picked out
Dots and spots from their works.
Leaving the paintings in the sun for so long
That the lines began to crack at the fine joints
And shrink and peel off
Around the edges.
It was beautiful outside,
I was meeting my old friends,
Who were staggering around,
Sitting down
And falling asleep
Facing the screen
After midnight
At the DKO
In your head.

“We want to draw on the experience of the last two years. In 2019, Ji.hlava had a very festive and summer-like atmosphere, while last year we took the online opportunity to attract thousands of new viewers and bring documentary cinema to their attention. This year we would like to combine these two aspects,” explains Marek Hovorka, commenting on the hybrid concept of the festival, which will for the first time take place both live and online.

This year’s edition will bring more novelties. “After several years of preparations, we have been revamping our competition sections, our jury structure as well as the festival’s award categories. The aim is to pay tribute to documentary cinema which has been undergoing enormous changes, at the same time being the real drive behind contemporary filmmaking,” said Festival Director Marek Hovorka introducing the new concept. As of this year, Ji.hlava will feature the main competition section comprising up to 18 feature films screened in world, international or European premiere. In addition to the new competition concept, the award ceremony will also be innovated. Aside from the main award for the best film, the jurors will also hand out prizes for the best cinematography, editing or sound design, and highlight outstanding formats, such as the best film essay. “Ji.hlava has always been keen to discover courageous filmmakers, thus helping to shape contemporary documentary cinema. That is the festival’s characteristic feature and the selected films that we want to continue to explore,” adds Marek Hovorka.

Another novelty of this year is the Best Documentary Book Award. “Since the start, Ji.hlava has been exploring the documentary realms not only in terms of filmmaking, but also in radio production, computer games, virtual reality and theatre projects. Starting this year, we will also focus on literature, which has a distinct documentary character and contributes to the reflection of the present and thinking about the past,” explains Marek Hovorka. While this year’s pilot edition was only limited to Czech book titles, all English-written publications will be eligible as of 2022.

The 25th Ji.hlava IDFF will take place on October 26–31, 2021. A discounted Early Bird accreditation for CZK 400 (eq. of 16 EUR) can be purchased until June 30. EARLY BIRD accreditation serves as a full-fledged pass to the live part of the festival (film screenings, discussions and lectures, off-screen programme). This year, Ji.hlava also contributes to a selected important project from the sale of accreditations. For each accreditation we donate CZK 50 to support the Živá krajina association, the aim of which is to restore water retention capacity of the Czech landscape. Please note that a higher contribution can also be made – any amount paid on top of the 350 CZK will go to support the project.

The visual identity of the 26th Ji.hlava IDFF has been revealed! Its concept invites us to joyfully discover new and creative approaches to the world around. The author of the visuals, Juraj Horváth, is an award-winning book graphic designer and illustrator who has been the creator of the festival’s visual identity for over two decades. The festival announced also the first programme highlight of this year’s edition: the latest film by legendary surrealist filmmaker Jan Švankmajer entitled Kunstkamera. The two-hour director’s cut will be presented in world premiere. The 26th Ji.hlava International Documentary Film Festival will take place on October 25 to 30, 2022 in Jihlava and move online for the 2 following weeks. “We want to make the live part of Ji.hlava into an experience, full of stimulating input and inspiring encounters, followed by an online part that brings documentaries not only to those who can make it to Jihlava,” says the director of the Ji.hlava IDFF, Marek Hovorka. What will this year’s Ji.hlava look like? The festival’s traditional visual identity created for the upcoming festival edition can give us a pre-taste. “This year’s Ji.hlava‘s visuals capture the joy of discovering our creative presence in the world,” says Marek Hovorka. “Juraj Horváth physically encodes life, his everyday experience, meetings, thoughts in the latest festival poster. Rather than an eye it resembles a retina, on which all perceptions are inscribed as if on a screen”. The renowned graphic designer Juraj Horváth has been behind the Ji.hlava’s visual identity for over twenty years, and is author of the celebrated EMERGING PRODUCERS catalogues and other Ji.hlava’s visuals. The Ji.hlava 2021 festival catalogue recently came third in a competition for the Most Beautiful Book of the Year in the Czech Republic. Horváth is also the author of the traditional “poster poem”. This time it is depicting a “left eye inked with indigo” and a “shadow of a moving probe / followed by the camera”. The poster poem by Juraj Horváth A Posteriori Explosion of light on the retina Left eye inked with indigo Fixed, not blinking A smudged image The shadow of a moving probe Followed by the camera   As time goes by I place under the matrix Hairpins, seeds Contours of faces, bodies Signs to decipher Without the help of machines Only by touch Fingertips and palms I exert pressure And create Layer by layer I go with the flow I make fire in the stove I'm surrounded With samples, paints and tools Everything has its place I pick them up repeatedly I use them And then I clean up I often do nothing Silence I'm waiting I step out Apricots are in bloom   At moments like these I'm not watching the news Answering the phone Thinking about you Or about the war

Selected US Docs will be introduced to European decision-makers this October // Deadline is May 15 One of the leading European documentary film festivals, the Czech Republic’s Ji.hlava International Documentary Film Festival, opens applications to the 2nd edition of the Ji.hlava New Visions Forum: U.S. DOCS addressing documentary filmmakers based in the USA. „The aim of this new initiative is to encourage and support U.S. and European documentary co-productions. In the European context, Ji.hlava has become the first platform, which effectively connected the U.S. documentary filmmakers with the potential co-producers, distributors, sales representatives and film festivals from Europe,“ says Marek Hovorka, director of Ji.hlava IDFF. The U.S. filmmakers can submit their feature and mid-length documentary films in development, production or postproduction until May 15. The platform is designed not only for documentary films but also diverse audiovisual formats such as fiction with documentary aspects, hybrid, experimental, short films, docu and web series, cinema expanded projects, games with documentary aspects and VR / AR / Live documentaries. “We primarily look for films made with creative artistic approach. They do not need to be shot in Europe but the expected impact of the film should reach beyond the U.S.A.”, says Jarmila Outratová, head of Ji.hlava’s Industry section. The projects will be selected in July 2022. Their presentation will take place online on October 25–30 during the 26th Ji.hlava IDFF, and will be made accessible to over 1,200 industry professionals and decision makers attending the event. The selected U.S. filmmakers will also be invited to tailor-made activities focusing on European funding and distribution system.   The Ji.hlava IDFF is a co-founding member of Doc Alliance network (CPH:DOX, Doclisboa, Docs Against Gravity FF, DOK Leipzig, FIDMarseille, Ji.hlava IDFF, Visions du Réel) and is behind the leading documentary VoD platform dafilms.com. Ji.hlava Industry programme includes acclaimed projects such as EMERGING PRODUCERS workshop or JI.HLAVA NEW VISIONS FORUM.