TICKETS
with / without accreditation

Tickets for the offscreen programme – theatre performances, concerts in the Music tent and VR – can be purchased directly from the venues before the show starts. 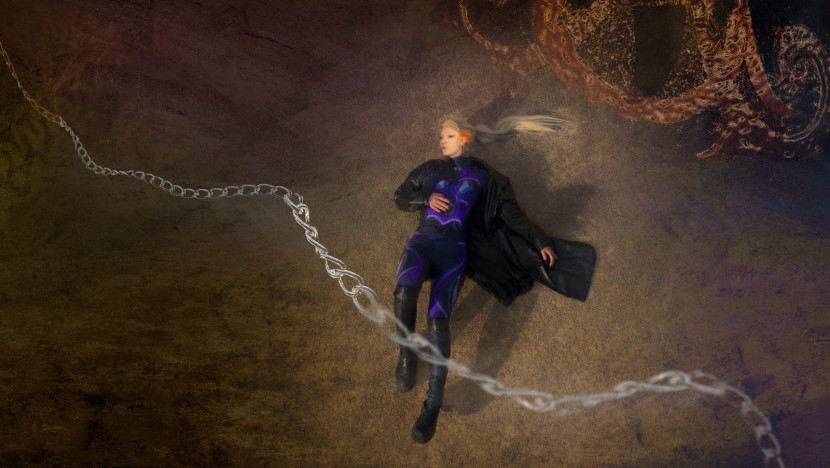 Slovakia, Collaboration, Film Music: Another Year between the Holy Spirit and the Night Tent

The music program accompanying the IDFF runs in two different directions. The experimental venue in the Church of the Holy Spirit, within sight of the Hvězda Cinema (and very kindly shared with us every year), serves as an afternoon refuge filled with sonic adventures, improvisation, original post-genre compositions, and challenges for listening in new ways. Then the nightly concert parties in the Festival Tent present music that is more danceable, but with the New Pop ambition of enjoying oneself in the brilliant glow of powerful ideas, with nuances of both new and experienced artists, and in an atmosphere of therapeutically energizing escapism. This sounds like an adequate tagline for an invitation to listen to the dark feminine rap of Arleta, an important phenomenon of our independent scene.

A key part of this year’s festival is the Slovak line-up – eight musical acts will perform over the course of the festival’s four concert days, representing a selection of the most interesting innovative Slovak music, whose surprising forms are worth knowing better. Barbora Tomášková is one of the newest personalities of open music performance with ritual elements, while Ondrej Zajac’s solo program offers powerful originality and experiences with improvisation. After several years of communication, Daniel Kordík (London/Bratislava) is finally coming to Jihlava with his “album about dance” – the post-club suite Ocela. Alvin Lucier’s legendary composition/performance I Am Sitting in a Room, as interpreted by the duo of Fero Király and Eva Vozárová, requires longer and more complex preparation – in this case, all of the inner spaces of the building become the main instrument. This ground-breaking composition, which Lucier formulated and tested “on himself” in 1969, is a reminder that the ideas of contemporary art, music, and sound art are often interwoven.

The Slovak program continues with another performance – the delicate and precise Adela Mede is one of the artists who goes back to their roots and traditional culture. The band God and Eve, which captured attention from its very first appearances, poses ambitious questions about the possibilities of more complicated prog/art rock structures. After many years of experience in the band Živé Kvety, Lucia Piussi is continuing, maybe this time in an even more intense manner, with the Terrible 2s – the testimony of a woman who is formulating her right to freedom ranges from songs to extensive musical narratives. A devilishly ornamental dramaturgy is found in the “satanic pop for small children”, however the cult band Pentagramček does not represent an adoration of hell but is instead satirically aimed at propaganda in pop culture – it actually builds on the tradition of educated farce, as is embodied in, for instance, Michel de Ghelderode’s drama D’un diable qui précha merveilles (Of a Devil Who Preached Wonders).

This year’s program could not have been realized if several dramaturgs and curators had not joined forces. It is a time for collaboration and coming together – this is why Ji.hlava contacted the Bratislava/London Next Festival (Slávo Krekovič) and the Mappa record label (Jakub Juhás). Additionally, the experimental scene is enriched by the Prague concert series of the “unexpected improvisational first encounters” by Hybrid Sessions (Kristýna Švihálková and Ivan Palacký), as curated by George Cremaschi and Michal Wróblewski. The latter is also the face behind the Ma Records label, which, over the past two years, has been strong in supporting the publication of post-jazz and experimental jazz projects in the Czech Republic. Ma Records will present the latest album by the quartet Los Amargados, which is a supergroup of music experimenters (George Cremaschi, Petr Vrba, Elia Moretti, and Pasi Mäkelä) with roots in four different countries.

The festival also presents musical groups that de facto step down from the screen, as they are a part of some of the premiering film projects. They include the Czech-Icelandic music project fyield, the bromance duo of Foukal and Romanutti, and a rare example of raw musicianship as seen in the work of the Filipino filmmakers and musicians of The Brockas in conjunction with Czech guests.