Fans of American avant-gardist Man Ray, a renowned photographer and painter, experimenter close to surrealism, can look forward to the premieres of all of his preserved films. “As late as in the 1980s, Man Ray was considered the author of only four films. However, additional unique films were discovered in the estate of his partner, Ada Fidelin, that open the doors to his private world as well as to his creative workshop. You can thus follow the dispute between Pablo Picasso and Paul Eluard during a palm-reading session,” says the section’s programmer, David Čeněk, describing the showcase. 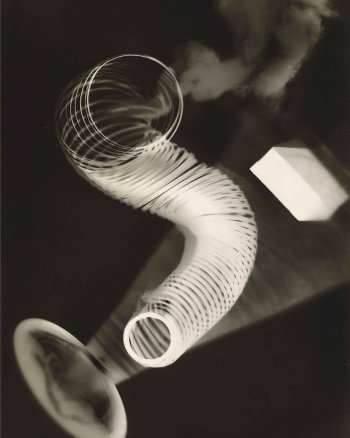 Another selection dedicated to erotica in documentary cinema is also related to Man Ray. We will recall classical authors such as Kenneth Anger, Carolee Schneeman and Peter Tscherkassky, as well as less-known authors whose works will for the first time ever be shown on the screen. “Contemplations on physical desires, attraction and the demonstrations of physical love in avant-garde cinema in addition to working with the naked body take on many motives and forms: the relationship of the society and the depiction of nudity and sex is questioned, diversity is emphasised in the form of queer erotica, and censorship of expressions of the physical in art works is criticised,” says the section’s programmer Andrea Slováková, adding: “This year’s retrospective shows this range from pure visual joy inspired by the naked body to radical political manifestos.”

And the third is Ukrainian avant-garde, presented under the banner of Conference Fascinations: “In the post-war period, there was no experimental film in Ukraine that would correspond with the international avant-garde movement, but radically poetical films were made on the outskirts of official structures, at film schools and outside the state-controlled system, combining allegory, distinct visual concept, staging, performance, documentary observation and situational aspects,” says Andrea Slováková summing up her programme recommendations.