Special sections of the 24th Ji.hlava

What will the 24th annual programme of Ji.hlava look like? In line with tradition, the festival will offer classical and experimental creative documentary cinema and themed retrospective plus a number of off-competition sections. 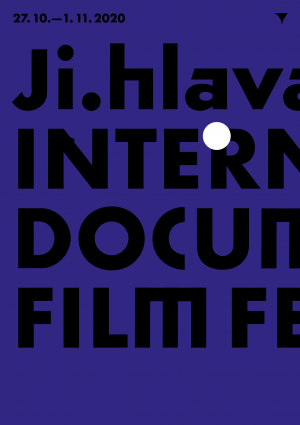 The Special Event section that focuses on outstanding cinematic events will this year feature the first and last film of the above-mentioned Icelandic filmmaker Jóhann Jóhannsson called Last and First Man. And because the director died unexpectedly two years ago, his film was finished after his death. This “sci-fi poem” speaks about the end of humankind. It has been inspired by brutalist socialist monuments in former Yugoslavia, a text by British philosopher and author of sci-fi novels, Olaf Stapledon and Jóhannsson’s music. The film is narrated by the voice of Scottish actress Tilda Swinton who received the Golden Lion Lifetime Achievement Award at the Venice Film Festival just a few days ago.

The Constellations section showcasing the best of films shown at festivals over the past year will treat us, for instance, to Epicentro by Austrian filmmaker Hubert Sauper, the winner of the World Cinema Grand Jury Prize in the documentary category. It is a portrayal of the current version of the “island of freedom” – communist Cuba. In the film, Sauper again concentrates on the topic of colonialism that has been his long-term focus: Cuba was colonized first by the Spanish, then the Americans and finally rich western tourists, including the director. “I find one thing especially fascinating in relation to Cuba - the fact taht despite the isolation of their society, the people are highly educated. Cuban reflection on the contemporary world is super interesting,” says Hubert Sauper. A similar topic, only on a different backdrop will be explored by Merry Christmas, Yiwu, by Serbian director Mladen Kovacević. The film is set in Chinese city of Yiwu with six hundred incredible factories producing Christmas decorations and people fluctuate between the faith in communism and desire for the “Chinese dream”: a bit of freedom, wealth and love. Todd Chandler’s Bulletproof will take us among American students. On the backdrop of school rituals such as basketball matches and student parades he explores the phenomenon of “school shooters” and how they have transformed the US society.

The unbelievable story of Lithuanian seaman Simas Kudirka will be a part of the competition section Testimonies. During the Cold War, Kudirka randomly encountered an American ship on the sea. He made a dramatic leap from the board of the Soviet vessel to find his way to freedom. However, Kudirka was sent back to Russia. Rare footage in The Jump sheds more light on the global tensions in 1970s. Testimonies will also offer an intimate cinematic portrait of Marina Abramović, Serbian performer and body-artist who calls herself the “grandma of performance art” and has been pushing the limits of art expression for forty years. Homecoming: Marina Abramović and Her Children was made by Marina’s compatriot Boris Miljković.

Festival retrospectives will also be packed with exciting film titles. Following last year’s theme of erotica, this year the experimental retrospective will focus on the phenomenon of gardens. “The garden is one of the popular motives, metaphors and visual inspirations in the film avantgarde,” says the section’s programmer Andrea Slováková. “The selection also showcases various approaches and methods of presentation: from Norman MacLaren’s stop motion-animation through exquisite structures of Kurt Kren, Takahiko Iimuru or Steina Vasulka, to works where garden artefacts are glued directly to the film reel, such as Biostructure by Alice Růžičková.” This year’s Fascinations will feature films made over the past 120 years. The selection will also include the pioneer of film abstraction Oscar Fischinger and US avant-gardist Stan Brakhage.

The audience will traditionally be introduced to the unique experimental and underground cinema of one of the East European countries. Last year’s focus was Ukraine and this year’s attention will turn to Poland. “For six years already, Ji.hlava has been mapping experimental and underground film production from the countries of the so-called Eastern Bloc. Poland experienced strong experimental trends mainly since the 1970s and this part of filmmaking and thinking has been significantly affected by the National Film School in Łódź,” says Andrea Slováková. The Polish value this facet of cinema which they have thoroughly explored and processed. “From among the countries and regions that we have covered, Poland is most advanced in terms of their mapping and care for this type of films,” adds Andrea Slováková. The section will feature renowned directors including the representative of Polish New Wave, Jerzy Skolimowski and works that have yet not been discovered internationally.

The music film section has been an integral part of the festival. This year, its main theme is clear: films about female protagonists made by female filmmakers. “It just turned out this way,” says the curator of the Siren Test section Pavel Klusák, “we are obviously living in an era where female creativity is getting massively uncovered. The authors of today and of the past.” Sisters with Transistors is a great lesson on outstanding women who have influenced electronic music. Riveting film portrait called Lydia Lunch - The War Is Never Over indicates the close connection between radical art and social change utopia.

The accompanying music programme also focuses on several communities that confirm that creativity (even without singing) is oftentimes of a collective character and is reinforced in communities. You can look forward to PIO or the Prague Improvisation Orchestra or to the original programme by SoniXpace, curated by Michal Rataj, which will present trio Hornscape, Ivan Boreš, Michal Nejtek, Jan Trojan and Michal Wróblewski. The new wave of authorial music and sound art will be represented by Veronika Svobodová and Julie Lupačová. We are also proud to present the audio selection of filmmaker and thinker Karel Vachek whose commented playlist will illustrate a unique confrontation with Vachek’s values, taste and “theory of matter”. 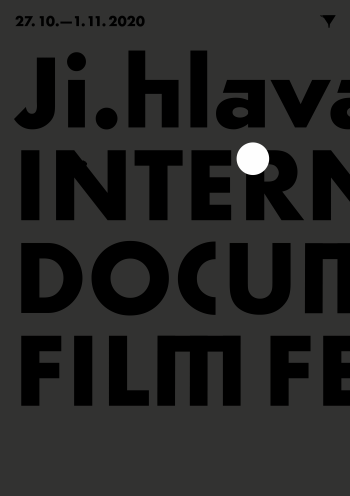