The 23rd edition of Ji.hlava IDFF has been launched!

The festival was opened by a world premiere of Jaroslav Kučera A Journal, a Czech documentary by Jakub Felcman about the legendary cinematographer of the Czechoslovak new wave and his wife Věra Chytilová.

The opening ceremony strongly referred to this years‘ topic of environmental sustainability. The guests and moderators were wading through waste while plastic bags were falling from the sky. The masters of the ceremony have called for media to provide more attention to the dangers of climate change and urged the politicians to act.

The Short Joy award for the best short documentary was accorded to an Argentinian director Ingrid Pokropek for Shendy Wu: A Diary, a personal documentary about writing two diaries and finding a lost childhood friend who once moved with her parents back to her native China. Pokropek was the first to receive the new festival award, which was designed for Ji.hlava by the Chinese artist Ai Weiwei. 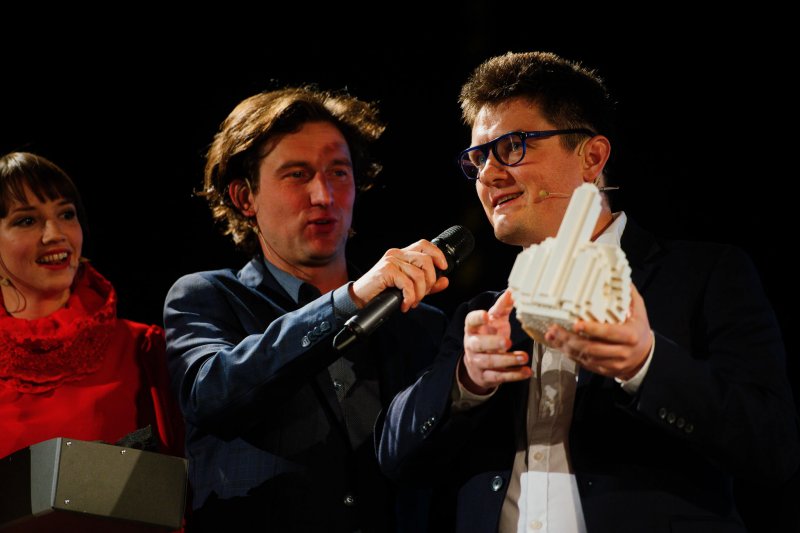 The Award for the Ji.hlava festival designed by Ai Weiwei

The award for the 23rd ji.hlava IDFF was designed by Chinese artist and activist Ai Weiwei. "In his projects made of Lego, artist, filmmaker and activist Ai Weiwei reflects the problems of our day-and-age and transforms the common object decorating children’s rooms into a work of art. We are happy that Ai Weiwei has accepted our invitation and used this building set, notoriously known all over the world and found in many homes, to create this year’s festival award. We have asked him to design an award that would celebrate creativity, courage and critical thinking. Similarly to his previous projects, Ai Weiwei again inquires whether our traditions are already not empty of meaning, and particularly whether the traditional Ji.hlava awards are not only gilded emptiness. Whether a lion, a bear or a leopard still symbolise uniqueness and strength or maybe rather a species before extinction. And whether time is not ripe for a resolute gesture that requires courage and critical thinking," says Marek Hovorka, director of the festival. 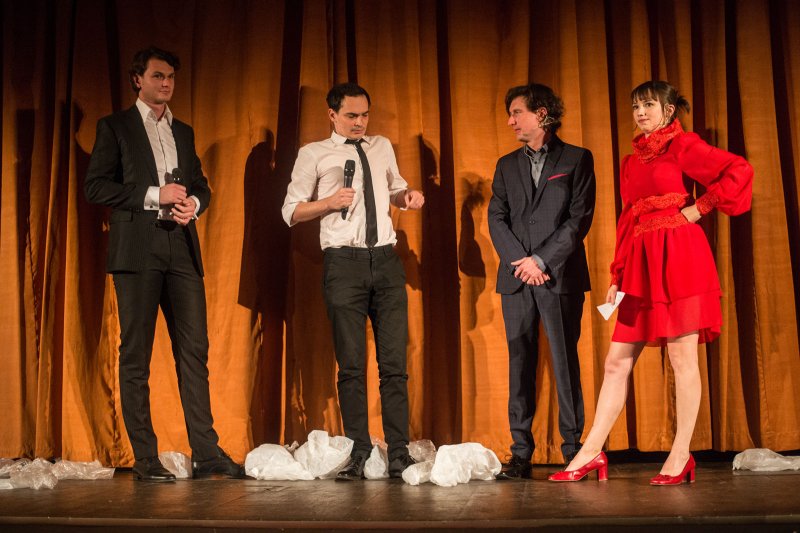 The opening film, directed by Czech film director Jakub Felcman, is an hommage to Jaroslav Kučera, one of the most original cinematographers of the Czechoslovak New Wave, and his wife Věra Chytilová. "It is a real film diary that comprises both scenes from a family life, both visual experiments and tests. It resembles a message inserted in a bottle for many years – until we discovered it. We tried to keep it intact, not deformed. We were listening to the material, and tried to keep Jaroslav Kučera’s world as it used to be", says Jaroslav Felcman about his film. He adds that it is his personal view of the stormy 1960s, the strike of the 1970s, but also the story of one relationship and kids growing up. “Almost every one of us has this kind of footage in their personal archive; however, this one was captured by two exquisite filmmakers: figures who substantially affected the character of Czech filmmaking. The more open and attentive the look of the spectator, the more rewarding the footage can be,” says the director.

Friday's screenings & other programme under way

Adéla Komrzý will introduce her film, Viva Video, Video Viva, portraying Radek Pilař, the author of the cartoon image of Večerníček from Czech bedtime stories, as the founder of video-art; French-born Artemio Benki will explore the personality of Argentinian piano player, Martín Perin (Solo); and Barbora Jíchová Tyson will question the point of the institution of marriage in her film Talking About Adultery. The Opus Bonum section will feature the French film, Wishing You The Same, by Arnaud de Mezamat – an adaptation of the globally successful novel, Europeana by Patrik Ouředník, first published eighteen years ago and since then translated into thirty-six languages. Another powerful visual experience will come in the form of Honeyland by Ljubomir Stefanov and Tamara Kotevska capturing the story of a Macedonian beekeeper living with her immobile mother in a remote mountain region. British film The Untouchable by Ursula Macfarlane takes a close look at sexual affairs of Hollywood producer Harvey Weinstein.

The Inspiration Forum will then focus on the prominent topic of the position of women in society. The topic of Women in Change will be discussed by Fawzia Koofi, an advocate for women rights and a candidate for the president of Afghanistan, or Dagestani writer, Alisa Ganieva. Her debut, Salaam, Dalgat! had to be published under a male pseudonym to avoid the label “story for women”.